GET A FREE QUOTE TODAY

Odor Control and Its Importance

Are you smelling something you shouldn’t be smelling? Is the smell continuing to get worse with no letup? Is the smell so bad your eyes are watering? What you’re smelling is probably worse than that week-old Chinese food you found in the back of your fridge. It’s probably a dead animal that got into your house and found itself trapped.

How do you get rid of the smell of a dead animal? Let the expert professional odor control wildlife professionals provide you with some information, advice, and help you.

How Do Wild Animals Die in the House?

Wild animals or nuisance animals get into houses all the time. They can make homes in your attic. Sometimes, they find themselves trapped in your walls. They can also make themselves at home in your basement. Animals also congregate around trash bins outside or feed bins if you have domestic animals. If any of these animals should die, you are going to experience the stench of death.

What Are the Risks of Having a Dead Animal in the House?

Dead animals in the house could bring health risks. Wild predators, such as raccoons, are carriers of the rabies virus. Rabies can remain in a dead raccoon’s body for several days.

How does this affect humans? Let’s say a domestic animal, such as a dog or a cat, eats part of that raccoon. The result will be that you have a live carrier of the virus in your house. This situation is hazardous. In addition to rabies, dead animals carry other serious diseases. Dead animals, especially rodents, can carry the plague. Domestic cats and rodents can carry Q fever. In addition, the carcasses can also carry campylobacter, tularemia, salmonella, and Leptospira. 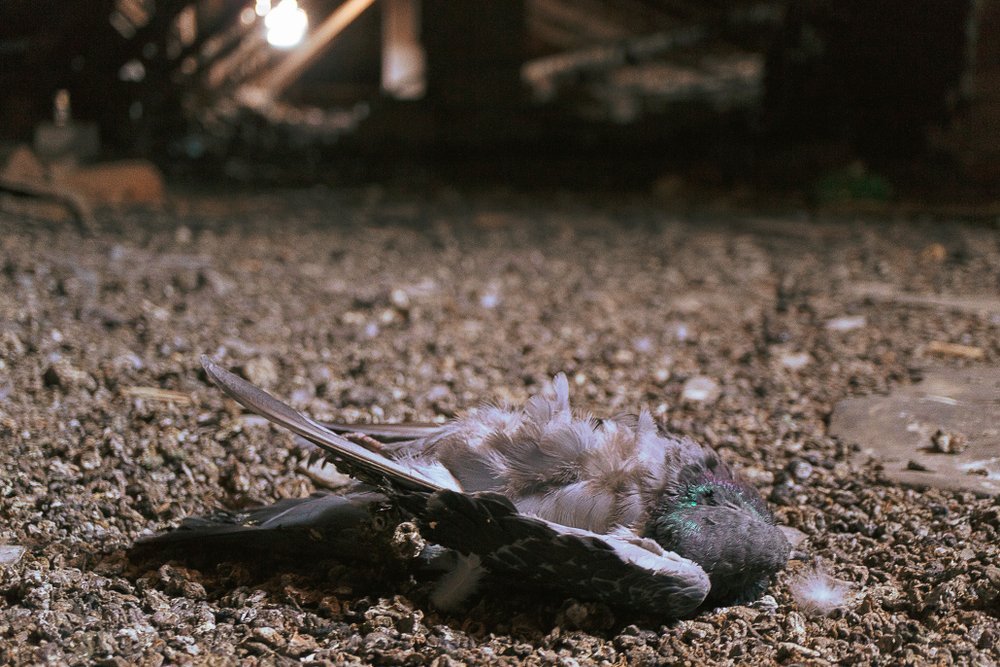 How To Get Rid of Dead Animals in The House?

Have you noticed the foul smell of a dead animal? Then, it’s time to take steps to make sure you can find and dispose of it. Many people will try to find out where the dead animal is on their own, however; it is always recommended to hire a wildlife control professional to handle the problem.

As experts, they can quickly and easily figure out where the animal is. First, they narrow down the search by locating the area where the odor is the strongest. The odor from a dead animal is usually concentrated in one area — unless it’s in a vent. Once the room is pinpointed where the animal died, the question becomes, ‘where is the actual dead animal.?” Is there a crawl space under the room? Is the attic above it? Has the animal crawled into a vent and died?” The closer to the animal, the stronger the scent becomes.

Once the scent becomes the strongest a vent may need to be removed. The wildlife control professional will then have to either crawl in the attic or crawlspace or cut a hole in the drywall. Once the dead animal is found, it will be removed with the proper precautions and steps put in place. Any fluids left will be properly cleaned and disposed of. Odors will be appropriately disinfected and eliminated. Dead animal odor removal is not always an easy task, but not impossible.

Depending on the species, figuring out how to eliminate a dead animal odor can be difficult. Also, because of the many health risks that dead animals can bring into the home, it is essential to hire a professional wildlife removal and control company. Keep your family and pets safe.

If you need odor control and odor removal services, contact A.B.S. Wildlife and Control. We can get rid of your dead wildlife animal odor problem for you. Your house will smell fresh and clean, and it will be safe again.

Get a Free Quote

or give us a call at